AI WEIWEI IS IN CHINA
THE ANSWER TO THE QUESTION

The project AI WEIWEI IS IN CHINA stems from a question that was largely asked during spring/summer of 2011 in the art world and was extended to international media and human rights groups : ‘Where is Ai Weiwei’. Large banners were deployed on the facades of art institutions, demonstrations were organized, t-shirts and pins were distributed, exhibitions were exhibited and thousands of articles were published in western newspapers and websites.
The demonstration of these tactics related to the famous ‘Where is Ai Weiwei’ question seemed intentionally propagated in order to hurry the release of the artist from his unknown jail, but at the same time carried an uncomfortable baggage of rethorical and authoritarian tonalities which, by turning on a bright spotlight on the international theater’s stage, seemed to have opened a pandora’s box of a series of more fundamentally complex questions regarding an exponential array of artistic, political and humanitarian interrogations, exclamations and points.
By answering AI WEIWEI IS IN CHINA, the ultimate question in itself is answered simply and truthfully, and we can only at this starting point begin to ask more questions that they themselves lead to answers pointing to other questions that never really lead to clear answers but perhaps can direct us to a better understanding of what is really happening to us, to the world on its grand stage and behind its curtains when they are shut.
AI WEIWEI IS IN CHINA is an ode to many things: an ode to deliberate and indeliberate incarceration, to control, to freedom and its multiple faces, to humans, to China and to Europe, to world order, to information, to propaganda, to diplomacy, to war, to the Artist, to institutions, to architectural erections, to idealism, to pluralism, to communism, to nothingism, to ignorance and to hardcore sex.
AI WEIWEI IS IN CHINA is a project that is based in Berlin and demands no significant budget. While located in a monumental and historical piece of typically tense Berlin architecture, the physical idea of the exhibition is to propagate that the intellectual and architectural infrastructures in Berlin are still very much accessible in 2011, and the participation of the artists inside this dark and humid labyrinth is based not on profit, personal gain or the art of politics (or the politics of art), but based on the enthusiasm of participation, communication and most deliciously, the excitement of playing. 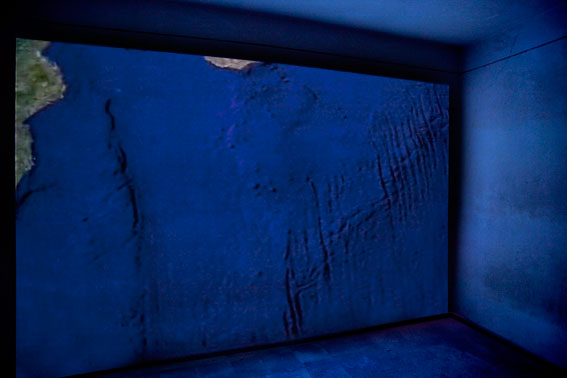