When the city of Nice bid to be European Capital of Culture 2013, Bouillon suggested the demolition of several buildings on the Côte d’Azur as an artistic intervention. Like Nice’s European ambitions, his project never came  to fruition, but it remains indicative of the mischievous knowingness of this self-described heir of Conceptual and post-Conceptual art. Bouillon adds decidedly formal concerns to the strategies of his predecessors, tackling pictorial and spatial issues in his sculptures, two-dimensional works, and publications. “If there is a general idea running through my work,” he muses, “it’s the display of different media and how they exist within the global context of culture’s industrialization.”

The artist’s ongoing “Photographies” series delves into painting “in the age of mechanical reproduction.” Small pictures often referring to landmarks of the medium are executed, photographed, and destroyed. The final artwork is the blown-up version of a lost original, “trapped like an insect within larger conceptual apparel,” explains Bouillon. The colors of the walls and floor are deployed to raise wider questions: “How is painting shown? What is a museum?” Bouillon also grapples with technology, often through photography. The yet-to-be-printed magazine DSCN, and its forerunner, DCIM, 2008, gather hundreds of snapshots, all by the artist. By nodding at the traditional photography book as well as at contemporary modes of production and distribution, such as Facebook, DSCN and DCIM explore the radical transformation of publishing since the arrival of the digital age. 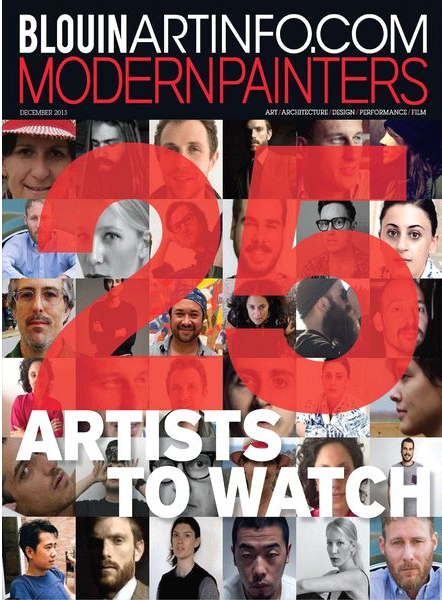